← more from
INFRACom!
Get fresh music recommendations delivered to your inbox every Friday.
We've updated our Terms of Use. You can review the changes here. 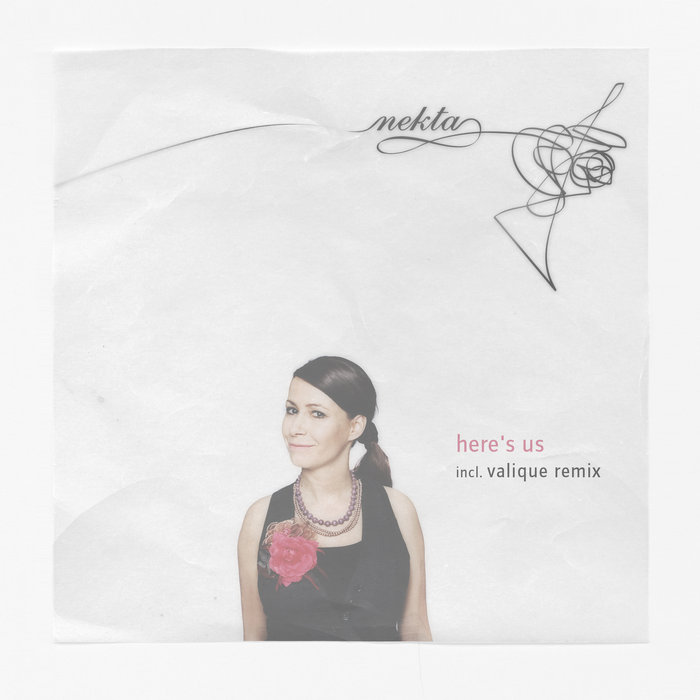 After the huge success of Nekta´s last single release „Guess who?“ from the debut album „Water the flowers“, which was featured in three different US TV-series in the last 12 month (Gossip Girl/WARNER / Las Vegas/NBC and Samantha Who/ABC ), Nathlie Schäfer and Gyso Hilger are back with the right answer to the question „Guess who ?“

„Here´s Us“ is the first single release from their second album „Storybook“ due to be released in autumn this year. With a duration of  2:49 minutes and a swing feeling of the 30-ties, combined with the beats of today, it could work well in every jukebox out there (well...if there are any left). If not, it will also work on your media players and radios. Trust us.

For the second time Valique from Moscow did a Remix for INFRACom!.
His two version turns out to be more dance floor compatible then the original.
While the main mix adds some nostalgic vinyl scratches at the beginning of the tune and builds up with uplifting broken beats for the floor, the „dark jazz dub“ insert the 4/4 bass drum and reduces the vocals. Valique from Moscow has started his musical career in mid 90s as an arranger and musician in several electronic live projects The first Russian 12 "Taking Your Seat" out on Freestyle Records in 2007 received a massive support from dj's and collectors world-wide. The second single "Let Go (Trouble Girl)" (2008) can still be spotted amongst bestsellers in the charts of Juno. His album R.A.W has been released in September 2008 on Freestyle.

The second remixer on this release is ISKRADISCO!. An open musical community based in Moscow as well. Founded in 2004, the project started with a remix for "Rechka" main theme in renowned film "Svoi". Having extensive DJ experience, ISKRA followed the way of many dj's reworking their favorite tunes. It all resulted into mash-ups, accapella remixes and re-edits (and recently official remixes) for, Quantic, Billy Idol, The Temptations, Arktic Monkeys, DM, Donna Summer, etc.
But what does ISKRA means: Iskra - (Russian) means Spark - was a political newspaper of Russian socialist emigrants established as the official organ of the Russian Social Democratic Labour Party. The first edition was published in Stuttgart on December 1,1900.

Bandcamp Daily  your guide to the world of Bandcamp